Our club meets on the second and fourth Thursday at the Aspley Hornets Football Club, situated at 50 Graham Road Carseldine gathering from 6pm for a 6.30pm start.
Dinner and drinks are available and enjoyed throughout the meeting which will generally conclude around 7.30 and 8.00 pm, dependent upon any interesting guest speakers invited to the meeting.

Today’s Rotary is a blend of both male and female members, providing balance and diversity in its amour. Partners and any guests of members are always welcome to attend any of our meetings and see what we do, in addition to designated partner evenings and special occasions.

The Rotary Club of Aspley had its beginning in May 1970, when the Chermside Rotary Club agreed to sponsor another Club, give up some of its territory and form a daughter Club, taking in most of Aspley, Albany Creek, and all of Bald Hills to the north.
In 1969, District Governor Rod Voller stated that ‘there had been rapid growth in the Aspley area’ and that we should share the opportunity of sharing Rotary with more people in the area.
This was held at the Starlight Room (Caltex Service Station, Gympie Road between Aspley and Bald Hills) towards the end of May 1970.
At an inaugural meeting on 23 July 1970 chaired by District Governor Chas Thomas, Chermside Extension Officer Nev Cole met with seventeen prospects. These included Rex Eaton, Ken Hipwood, Ian Galloway, Malcolm Whyte, Lloyd Twine and Eric Railton.

In his first Annual Report, 1 July 1971, President Ian Galloway reported that the club had participated in District activities, agreed to host a US exchange student and ‘tested our abilities with functions’. He stated that ‘It would be difficult to find another club which enjoys a higher degree of Rotary fellowship than ours. This is a great asset and foundation on which we can build.’
In the last decade Aspley Rotary Club has contributed tens of thousands of dollars annually to local caring agencies and causes, thousands to the wider District projects through District grants projects, and through the Rotary Foundation, to international projects like Polio Plus and significant energy into our youth leadership and development programs.

These projects have been funded by committed weekly work on our primary fundraising, rostered sausage sizzles at Harvey Norman and Bunnings and the well-supported Hypermarket Christmas trailer raffle, coordinated by John Hennessy and Barry Davin who have been lauded by every president and admired by all club members for their energy, leadership and great organisational work, demonstrating, what Rotary is all about.

With the untimely COVID 19 cessation of club meetings and fund-raising, on-line meetings through Zoom were successfully tried from 23 April 2019. The customary ‘can do’ attitude was again apparent with ideas to ensure an inflow of funds and plans for alternative fund-raising ideas. It was clear that Aspley’s 2019-2020 Rotary year had NOT shut down, but was alive and well.

After considerable consultation by Fifty Year Project leader Tony Chant, the club decided to commemorate its 50th Anniversary to donate $50,000 to establish the Glen Kinross Rotary Scholarship Fund at University of Sunshine Coast, Moreton Campus. This will support tertiary education for students who demonstrate academic potential but face financial and other barriers to completing an undergraduate degree.

Given our clubs rich and accomplished history, Mr Jeff Shepherd along with input from many past and present Aspley members, embarked on recording our club’s history. This document when completed in 2021, contained 110 pages of achievements and success of who we are, what we have achieved to date, and what is possible in our quest to serve our communities, and to get to know so many like-minded people who in the process, just like to have fun.

This rich and rewarding historical document is available to all our members who may wish to dive deeply into our past and explore the outcomes of our vibrant club. Our Rotary story continues and we invite you to become part of the best story on the planet. 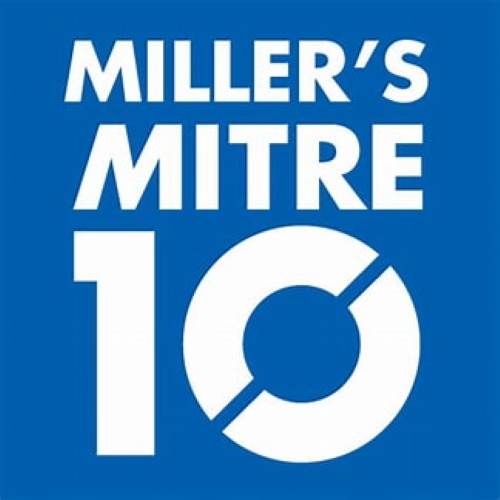